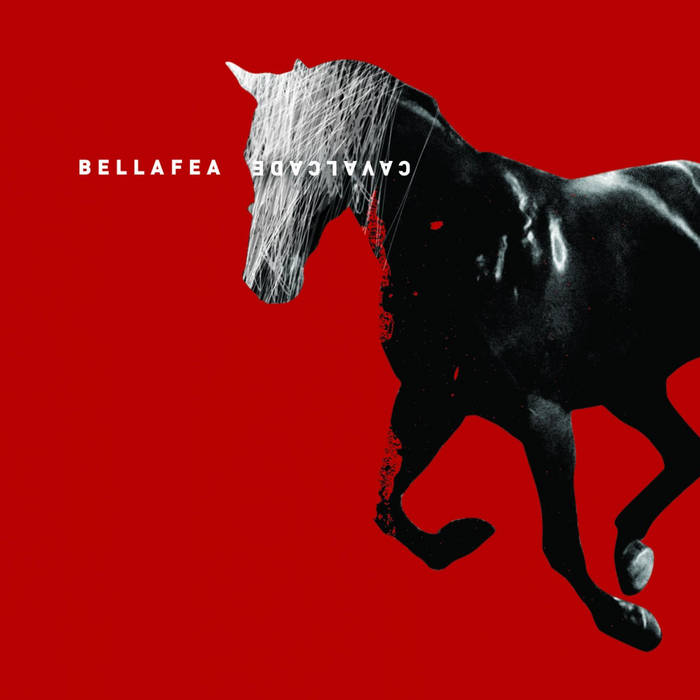 When translated from Spanish to English, Bellafea means beautiful/ugly. The significance of these joined adjectives well represents the band's deviating tensions and dynamics, and equally symbolizes the unified point/counterpoint with the span of a single song. This contradiction has framed Bellafea's stylistic identity, proving it impossible to quickly define their sound. Throughout the tracks on Cavalcade, singer/guitarist Heather McEntire's voice becomes a trumpet, a bereaving moan, a grieving whisper. Relentlessly jagged and angular, her guitar experimentation drives into drummer Nathan Buchanan's revolving time signatures and bassist Eddie Sanchez' muscular and elastic low-end. The combination is like watching a cooled teakettle catch fever.

Bellafea call Chapel Hill, North Carolina, a small college town famed mostly for its booming, influential 90s indie rock scene , home. The rich, independent music history and their subsequent Southern upbringing play obvious roles in structuring their individuality. Bellafea teems with the punk spirit of local townies Superchunk, while the trialing dissonance of Polvo shine through in their string parts. There is an earnest aggression in their music, perhaps channeled from their struggles with the vastly conservative Southeastern United States , the patriarchal, Bible-belt countryside where they grew up. There is resistance, and there is also a secular nod to their heritage and its inevitable and inspiring impact on their songwriting.

Cavalcade could be Bellafea's 'call to arms'. Recorded over two years during multiple sessions with Chapel Hill engineers Brian Paulson and Nick Petersen, focused on the ideas of plurality and layers, friends and enemies, dedication and rejection, decoding the feeling of fight. Bellafea's urgency and battle cry is apparent; well-known for their captivating sold-out hometown performances, they have gained the loyalty of local musicians/friends John Darnielle (Mountain Goats), Dave Laney (Milemarker), Ben Davis (Sleepytime Trio, Bats & Mice), Daniel Hart (Polyphonic Spree, St. Vincent, John Vanderslice), Eric Moe (Zegota) who all , along with a choir of friends , lend a hand on their debut full-length.