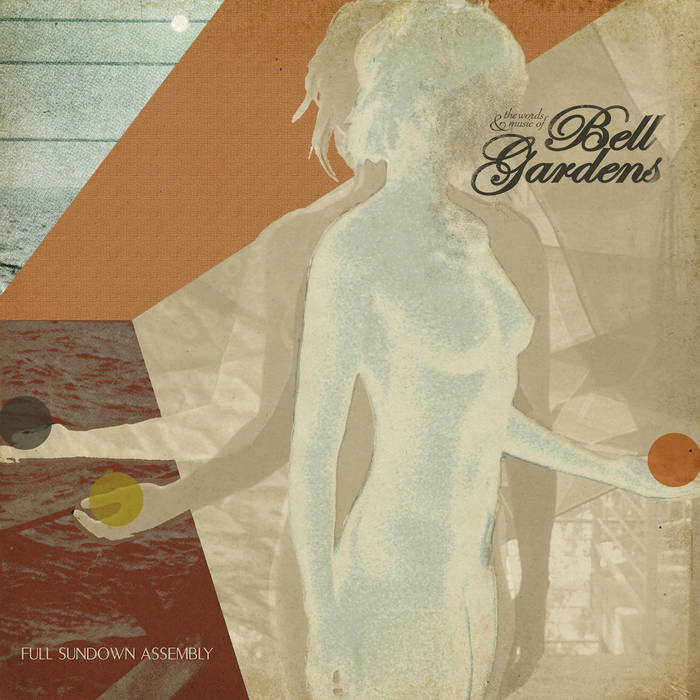 Bell Gardens is the product of late-night sessions between friends McBride and Gibson. In the wee hours, the musicians shared wine, whiskey and song - playing DJ for each other and waxing lyrical over shared favourites such as Jack Nietzsche, Phil Spector, The Beach Boys and Dennis Wilson. Eventually they decided to stop listening and to embark upon an exploration of the sounds that they both cherished - an all-but-lost, cinematic pop sound that often belies their respective backgrounds in the fields of experimental electronic, techno and minimalist music. They felt a need to stay faithful to a time period in which songs that they had mutually revered had been recorded, and to capture what they believed to be a classic type of sound. They used mainly live instrumentation, thinking about what was available in studios from the 50s to the mid 70s. Software and synthesized sounds were rejected in favour of live recording of piano, strings and horns. Instruments were recorded specifically to preserve both room sounds and the natural sound of the instrument. If you were to ask Kenneth and Brian about the process of recording, they would probably say that the music they’re making in Bell Gardens is more “experimental” for them than their previous work.

For their first long-player, Full Sundown Assembly, the duo expand on their strange yet beautiful soundscapes, replacing the sparse compositions of some of their earliest efforts and filling space with immaculate arrangements of layered instrumentation, favouring piano melodies, horns, pedal steel and lush vocal harmonies. The tone is set from the first notes of album opener '”Clinging To The Almost”, where tender dream pop merges with classic country pedal steel, evolving half way through into an eerie piano melody with harmonious vocals, all underpinned by a crackled fuzz. Such progressive tendencies continue throughout the album, each song sounding very different from the next; “Differently Tonight” is drenched in regal string and horn crescendos, whilst “Nowhere” and “Through The Rain” perfectly encapsulate their love for 60s folk psychedelia, especially in the breathy vocal harmonies. Full Sundown Assembly comes to a cinematic finish with “To Land”, as waves of breathtaking panoramic orchestrations wash over the haunting vocals and leave the listener with the flickering reverberations of the album’s timeless sounds.

Bell Gardens raison d’etre may have been to pay homage to classic sounds of times past, yet with this very simple intention, Brian McBride and Kenneth James Gibson have created an album which sounds more like a lost pop treasure, finally unearthed.

"The architectural sonic opulence McBride is known for is still present, but this time through graceful arrangements of strings and the woozy vocals of Gibson's former band." - Mojo

"Brilliant results...sublime moments, not least the stomping chorale of "Differently Tonight" - The Wire

"a record of such genuine pop goodness that it threatens to knock The Beach Boys off my vinyl shelve...Bearing some comparisons, in terms of tone if not particularly instrumentation, with last year’s superb 'Kaputt' by Destroyer, this debut Bell Gardens full-length may just be the closest the last decade has come to interesting and intriguing pop." - Stereoboard