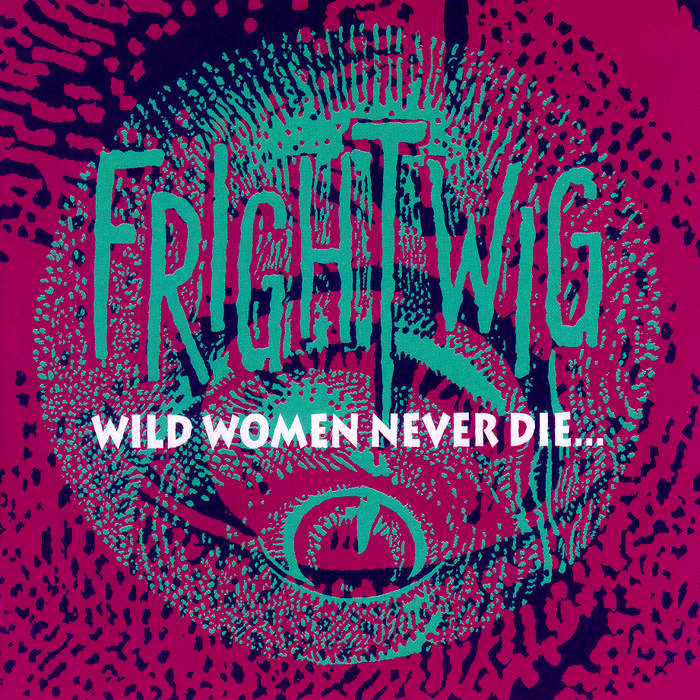 Frightwig was an American all-female band from San Francisco, California, formed in 1983. Blazing a trail later trodden by bands like Babes In Toyland, Hole, L7 and Bikini Kill, they were often cited as an influence.

"Me, Kat (Bjelland) and Jennifer (Finch) all watched Frightwig the same night and decided to start bands the next day. Frightwig are the true grandmothers of riot grrl and everything. Without them there would be no Hole, no Babes In Toyland, no L7, no PJ Harvey, no riot grrl.". - Courtney Love

Frightwig tackled personal and political issues with their tongues firmly in their cheeks. They were known for inviting a male audience member on stage to "dance" during the song "A Man's Gotta Do What a Man's Gotta Do", and thereby publicly ridiculing them.

Frightwig released their first album Cat Farm Faboo in 1984 on San Francisco label Subterranean Records (also the home of Flipper, Dead Kennedys, Chrome and many other early SF punk and industrial bands). Their second album Faster, Frightwig, Kill! Kill! was released on Caroline in 1986. Following this the band, dissolving through contagious pregnancy befalling its members, squeezed out an EP "Phonesexy" on Boner Records.

Not more than five minutes after the formation of Southern Records and our first release (Fontanelle by Babes In Toyland), label co-founder Allison Schnackenberg had Frightwig on her hit list. The band had been a massive influence on Allison, who lived in SF in the early 80's. She eventually tracked them down and in 1993, and released Wild Women Never Die. The release compiled the band's first two albums on that new-fangled compact disc format. Included are lyrics, photos and liner notes from the band and some of their celebrity followers, including members of L7, Hole, Butthole Surfers and Faith No More.